Last week, the government published its long-awaited Clean Growth Strategy. It's the government's attempt to answer the question of how the UK will fulfil its commitments to cut greenhouse gas emissions under international climate agreements and UK climate law.

Through a series of UN climate change agreements, the UK has committed to cut greenhouse gas emissions in line with limiting global warming to no more than 2°C above pre-industrial levels by the end of the century. At the 2015 Paris negotiations, the UK also committed to pursue efforts to further limit this rise to 1.5°C.

This is an ambitious target, but is probably essential in protecting millions of people around the world from the worst impacts of climate change. Climate justice campaigners have led the way on pressing this point home and holding global leaders to account. When US president Donald Trump withdrew the USA from the Paris agreement this summer, a public outcry bolstered Theresa May in affirming the UK's continuing commitment. Yet the need for urgent change to our economy and our society to protect our climate remains.

Despite the government's muted response to the threat of climate change, we have seen some progress on clean growth. The price of renewable energy has fallen, and coal-powered energy has dramatically reduced.

In some ways, the new Clean Growth Strategy is ambitious. It commits to extensive and much-needed investment in energy efficiency, including in our buildings and homes. There is funding for some forms of low-carbon transport – including £1billion for ultra-low emissions vehicles. There is greater support for offshore wind and some other low-carbon technologies. This is all progress. Yet the fact remains: the government's current policy and vision will not cut UK emissions fast enough.

An ongoing failure to address the climate crisis

The difference between 1.5 and 2°C could tip millions more people around the world into insecurity, hunger and poverty as a result of climate change.

Fundamentally, the Clean Growth Strategy demonstrates the government's ongoing failure to confront the deep and unjust crisis of climate change. Environmental law organisation Client Earth says that current policies and those outlined by the strategy will mean that the UK will miss its 2023–2027 emissions reductions targets by the amount the Philippines emits in a whole year.

Significantly, the strategy fails to outline the UK's plan to limit global warming to the 1.5°C agreed in Paris. The difference between 1.5 and 2°C could tip millions more people around the world into insecurity, hunger and poverty as a result of climate change. There is no justification for a wealthy country, partly made rich through fossil fuels, to backslide on this commitment.

The strategy also glosses over much of the detail we need. It tells us little about the future of fracking in the UK. It provides no plan for how the UK will account for emissions from aviation and shipping. Where there is public investment in a low-carbon economy, what sort of bodies and businesses will receive this funding? And what will these mean for who controls our services and resources? Perhaps most urgently, the government must make clear what Brexit will mean for UK climate policy and investment in a low-carbon future. After all, much of our current policy and regulation relating to climate change comes from the EU.

Over coming months, Quakers in Britain will be working with other churches, campaigners, agencies and faith groups to demand more ambition and detail from the government's Clean Growth Strategy. We'll be calling on Friends to work with us to hold the government to account on its climate commitments and demand radical action for a truly sustainable economy. 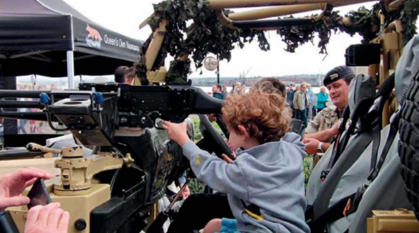 Ellis Brooks outlines recent developments in the rise of militarism in British society and introduces a new resource for anyone looking to resist it. 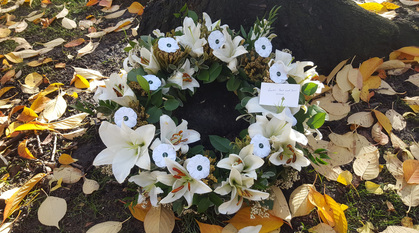 On the centenary of the end of World War I, Marigold Bentley reflects on the promise of 'never again' and the enduring need for peace. 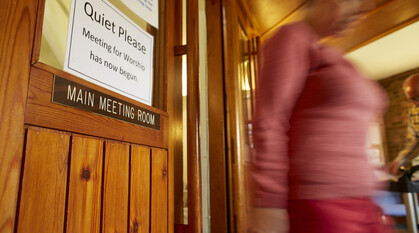 The changing shape of Quaker meetings

The Tabular Statement reveals stories of Quaker communities from the 1860s to today. Penny Elliott explores what the latest 20 years of data tells us about Quaker meetings today.