Quakers are known for their witness: living out their faith through action. Sometimes this action takes the form of campaigning and protesting. Our freedom to do these things is being threatened, but Quakers in Britain and other concerned groups are working together to do something about it.

What is civil society?

Quakers and other faith groups are a part of our 'civil society'. Civil society is formed by the mass of individuals and organisations that represent citizens. It is separate from government and business interests.

Civil society is crucial to democracy. Faith groups, charities and other civil society organisations highlight issues affecting different groups and help the government to improve the law, policy and practice.

Civil society organisations play a particularly important role in raising the voices of marginalised groups, such as people from migrant backgrounds, people in prison, and survivors of domestic violence. During the pandemic campaign groups have helped reduce rough sleeping, improve care during pregnancy and birth, and protect survivors of domestic violence and abuse.

If we want to tackle big challenges like Covid-19, the climate crisis, and racial inequality, civil society needs to be free to campaign, to speak out, and to hold political parties to account. That way, more people will feel like they have a stake and a say in improving things.

However, in recent years it has become increasingly difficult for charities, faith groups and others to campaign and engage with the government.

Here are some of the factors that have made it harder:

Taken alone, each of these factors may not seem like a big barrier to campaigning. But the combined effect of current issues and new initiatives is creating an increasingly chilly environment for civil society to operate in. Charities are less and less willing and able to speak out on behalf of the people they represent.

What Quakers are doing about it

Quakers have teamed up with other charities to form a Civil Society Voice network. Its members include Friends of the Earth and Shelter. It enables charities to share information, work together to counteract the chilling of civil society, and continue to hold the government to account. Recent joint work includes:

For Quaker values to be heard, it is vital that civil society has a voice. If you're interested in finding out more or helping us raise awareness of these issues, please contact politics@quaker.org.uk.

Grace is Public Affairs and Advocacy Manager. She works with colleagues and Quakers to build relationships with politicians, churches and charities so we can all work together to bring about positive change. 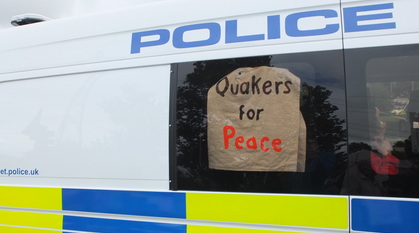 Ellis Brooks suggests 11 ways to support those who took part in the week of action to stop DSEI – the world's largest arms fair, held in London. 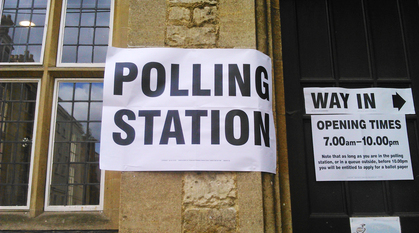 Changing the world starts with the local. Jessica Metheringham explores why we should care about local government and the upcoming English local elections. 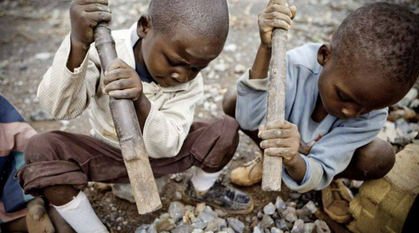 What is climate justice?

What does justice have to do with climate campaigning? Rebecca Woo explores the connection, and shares how Quakers are taking action in this area.