New education pack on peacebuilding in Palestine and Israel

Quakers in Britain are launching a new education pack to help young people learn about the impact of conflict and stories of peacebuilding in Palestine and Israel.

Aimed for use with 14 to18-year-olds, Razor Wire & Olive Branches draws on eyewitness accounts of human rights monitors, known as ecumenical accompaniers, to explore the conflict through the lives of those affected by it. With cross-curricular connections the pack contains more than 80 activities and resources. It features Israeli and Palestinian voices, from the young refugee who says “dance is my resistance", to the Women in Black who inspired a global movement.

Produced in partnership with the Ecumenical Accompaniment Programme in Palestine and Israel, UK & Ireland (EAPPI) it adopts EAPPI's policy of 'principled impartiality'. This means the resource is not about taking sides but rather focuses on the themes of human rights, international law and nonviolence.

Young people bring empathy, creativity and sense of fairness to the issue, and those are the ingredients of peacebuilding the world needs, whether in Jerusalem or London.

Ellis Brooks is Peace Education Coordinator for Quakers in Britain, who also train and manage the human rights monitors for British and Irish churches and church agencies. The monitors' experience is distilled into this resource pack. Ellis Brooks said: “This resource is about peace and hope. The conflict in Palestine and Israel is not easy in any sense, but that doesn't mean it shouldn't be explored in the classroom. Teaching controversial issues provides valuable opportunities for young people to gain knowledge and understanding of issues, critically evaluate their own attitudes, consider different viewpoints and resolve conflicts. Razor Wire & Olive Branches seeks to strengthen values of empathy and respect and help young people develop as active global citizens."

“Young people bring empathy, creativity and sense of fairness to the issue, and those are the ingredients of peacebuilding the world needs, whether in Jerusalem or London." 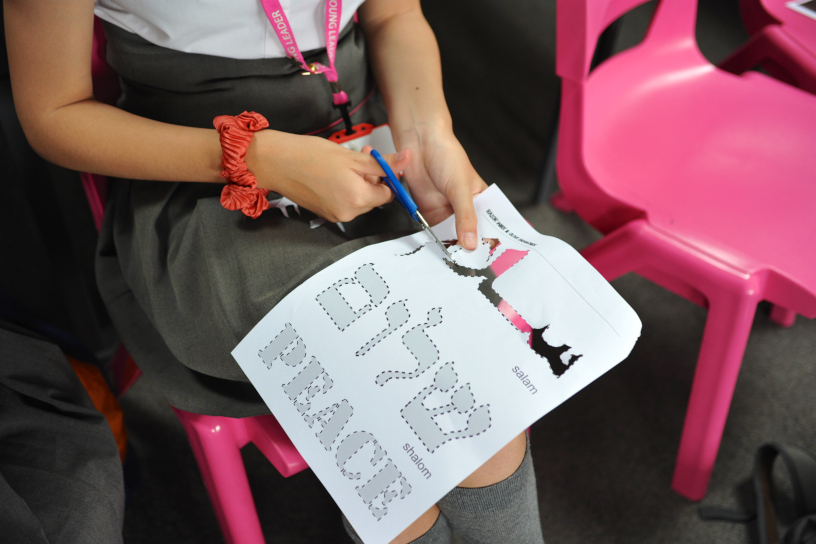 As part of their engagement with the resource, schools are encouraged to book a visit from an ecumenical accompanier (EA) – a human rights monitor who has spent time in Israel and Palestine witnessing life under occupation and providing a protective presence.

The Ecumenical Accompaniment Programme in Palestine and Israel (EAPPI, UK & Ireland) works with people in Israel and Palestine striving for a just peace. These peacebuilders feature in this pack.

Quakers in Britain host the UK and Ireland office of the EAPPI UK & Ireland.