In the 1990s I travelled across the Balkans, Northern Ireland and Western Europe facilitating sessions for peace. Despite the fragmentation of Eastern Europe and conflict in the former Yugoslavia it felt like peace was possible, and we could end the century with more peace than war. That isn't really how it has turned out, and this century has already witnessed wars thousands of us tried to prevent. We plod on for peace unbowed.

Back then I was a walking workshop on the subjects of conflict resolution, mediation, peace education and the identifying factors that lead to war. I worked alongside some wonderful people and was always ready to go – with paper, pens, and tape ready in my backpack.

I had really loved the policy work I had been involved in at the Quaker United Nations Office and the global visionary reach such work potentially has, but my heart has always been with ordinary people and their struggles to live a dignified and peaceful life in their own homes.

I've since spent over a decade in the management of peace work and projects for Quakers in Britain. In recent years I've wondered whether I still had it in me to run a workshop 'from cold', with a group of people who might not be very interested in this work or could even be potentially hostile. I recently got the chance to find out.

For a couple of years I had volunteered to run a workshop on peace for those attending an annual event in our local town offered by the Women's Action Network Dorset. This year I was finally offered a slot.

The event has a range of short workshops for women to participate in such as flower arranging, bookbinding and 'conscious living and healthy eating'. In short, it isn't a usual venue for a peace workshop. However, it is a gathering of a large number of local people. I called my workshop 'Amazing Women for Peace Past and Present, Global and Local'. Eight women turned up. Far more went to the workshop on how to sleep better, but I didn't take that personally.

I have no illusions about the quiet unchallenged militarism in my local area. My town is a garrison town with a large Territorial Army base and a proud military history.

Armed Forces Day was absorbed quickly into the life of the town after its introduction in 2009, along with Armistice Day in November. This means there are at least two days a year when serving military staff march proudly around the town.

It all creates a climate in which military responses to international disputes are normalised. To speak up and out in such a context can be tough.

In the tradition of 'speaking to the condition' of the people in the room, I asked the workshop group what they thought the peace movement really was. Their responses were extremely encouraging. They named human rights, protest and challenge, caring, outer and inner peace, unity, social cohesion, dealing with differences without conflict.

I used what participants said to talk about the achievements of the three women I had chosen, who are all living and active. They are Mairead Corrigan Maguire, Jody Williams and Shirin Ebadi. The story of each of them gave me a chance to talk about my own experience of peace in Northern Ireland, of working on international legislation to ban land mines and the courageous work of women of Iran on banning nuclear weapons. The emphasis was on encouraging everyone to participate in social change for peace.

Workshops are worth it

After the workshop I reflected that the main difference in working on grassroots peace work between now and 20 years ago is the birth and use of the internet. Millions of people now have easy access to enormous amounts of information and people can be given lists of links to follow and read up. Millions are now 'armchair activists'.

And yet, the peace movement is also finding that groups of people coming together, listening to one other and working out how to work together can never be replaced. Workshops are still worth it and I encourage everyone to offer them.

Find out about Quaker social action training and tools 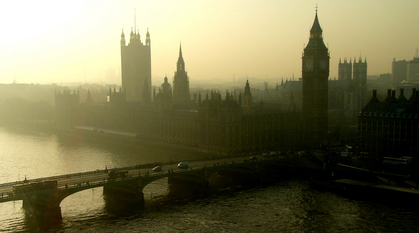 Working with the government on climate policy: what we’ve learned

Paul Parker shares some reasons for cautious optimism after meeting the Minister of State for Energy and Clean Growth, and explains why the Quaker voice for climate counts. 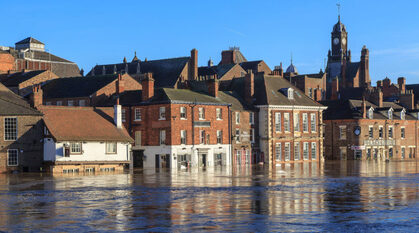 The clock is ticking. It's time for the UK government to walk the walk on climate policy. 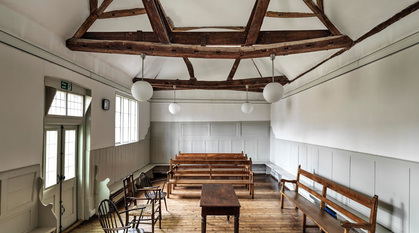 A living heritage: sharing the significance of our Quaker meeting houses

Some of the most historically important Quaker meeting houses now have protected status thanks to a three-year project that involved Quakers across the country. It's something we should all be proud of, says Ingrid Greenhow.