For many people, it seems obvious that human beings should have the right to refuse to kill. Yet we must be able to explain our choices of conscientious objection; it is an age-old discussion that continues throughout each generation.

On the eve of Conscientious Objectors' Day 2018 I noted with great sadness that conscripted soldiers have been killing unarmed protesters in Gaza. In countries that have national conscription, being a conscientious objector is a huge moral commitment with life-long consequences.

In some countries there is still no legal recognition of conscientious objection and in others the right is not fully recognised. Countries including Eritrea, Israel, South Korea, and Turkey are yet to fully realise these rights.

The right to apply for the status of Conscientious Objector (CO) in Britain was established in 1916, the year conscription was introduced during World War I. Two years into the war, Britain needed many more men to fight on the front line. A 'conscience clause' was introduced through the hard work of three Quaker MPs: Arnold Rowntree, T. Edmund Harvey, and John E. Barlow. The clause was part of the Military Service Act 1916 and gave people the right to claim CO status.

The struggle didn't end there and men who claimed CO status faced considerable opposition. Over 6,000 people who applied for CO status were court-martialled and imprisoned. Many died young as a result of the miserable conditions they endured in prison.

Article 18 of both the International Covenant on Civil and Political Rights and the Universal Declaration of Human Rights guarantees the right to freedom of thought, conscience and religion. The Quaker United Nations Office worked to ensure the recognition of the right to conscientious objection in international law. In 1993 the Human Rights Committee stated that the right could be derived from Article 18, “inasmuch as the obligation to use lethal force may seriously conflict with the freedom of conscience and the right to manifest one's religion or belief."

So why is conscientious objection viewed as a threat?

Nation states continue to seek to protect themselves militarily from one another. In order to maintain a military, there has to be a standing army of people willing to kill others. There also has to be a supportive public who assent to the use of deadly force in their name who are persuaded, or believe, that killing other people will make them safer.

Conscientious objectors are a challenge to this perception. In her refusal declaration Ayelet Brachfeld, an Israeli conscientious objector, said: "On February 12th, 2018 I will refuse to serve in the Israeli Defence Forces, an act punished by a prison sentence. This refusal is political and ideological, and I go into it after a lot of thought and deciding my principles are too important to me to be placed aside, that I cannot serve a system when I completely oppose its actions, and that if I want to make a change it needs to start with my actions."

As Quakers, we challenge the military rationale that fighting makes us safer. We believe that people are called to be compassionate and creative. Our task is to remind one another that there are many ways of engaging with the world – there is never a single order of things. Our Quaker understanding is that war is failure and we work for a different way of dealing with disputes.

We must never forget that many thousands of soldiers have died in the belief, especially in World War II, that they were sacrificing their lives in order that Quakers and others could have the freedoms we enjoy. This is a sensitive issue we must engage with in thought and love.

Safety, security, and how to deal with those who are violent towards others is at the heart of the challenge to Quakers as a peace church. Whilst we walk with others who struggle with these questions, we also look to and uphold those who take this challenge personally and at great cost. We remember and uphold conscientious objectors. 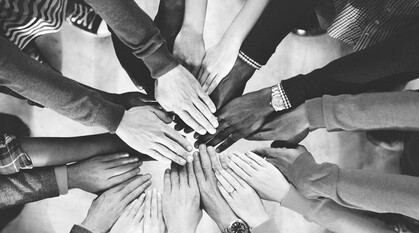 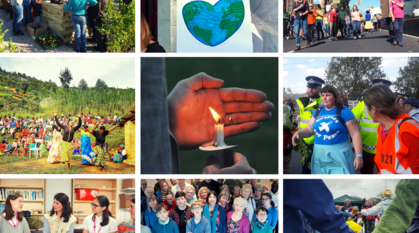 Quaker faith in action in the 2010s: highlights from the decade

At the end of a tumultuous decade, Suki Ferguson looks back at just a few of the highlights. 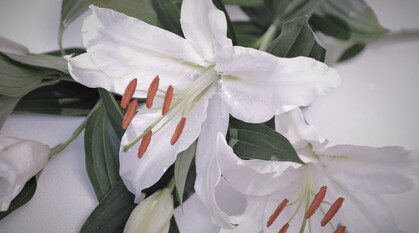