Despite the welcome release of many detainees in response to the Covid-19 crisis, the UK's immigration detention system remains unfit for purpose. The UK remains the only country in Europe where detainees can be held indefinitely. This violates basic principles of justice and human rights while avoiding proper transparency and judicial oversight. Anyone with 'irregular status' can be detained – new arrivals, people with no papers or 'wrong passports', and overstayers. Tens of thousands of people are being locked up every year – without any idea of when they might be released.

From the testimonies of people who have been held in detention, as well as numerous official investigations and reviews, it's clear that indefinite detention is deeply damaging to the mental, and often physical, health of detainees. And the damage goes further than that; fracturing families, friendships and communities on 'the outside' and often cementing mistrust and fear in the authorities and the state.

Indefinite detention is not the result of a proper trial and works without judicial oversight. As such it flouts basic principles of justice and human rights. With around half of those who are detained released back into the community, it's very difficult to see what purpose the system practically serves.

The immigration system should be based on human rights standards, compassion and practical response, rather than starting from an assumption of disbelief. Through the work of the Quaker Asylum and Refugee Network (QARN) and the network of Sanctuary Meetings, Quakers have long been working to welcome newcomers to our shores and to transform the immigration system in Britain. We do this because of our belief that there is that of God in everyone, everywhere, whoever they are. And because we believe that dignity and rights must be upheld regardless of migration status.

Ultimately, Quakers in Britain are calling for an end to all immigration detention in Britain. Bringing an end to indefinite detention is a vital first step towards this vision. And one way that might be realised is through the new Immigration Bill going through the Westminster parliament in the coming weeks.

Recognising the damage brought about by indefinite detention a cross-party group of MPs, led by Conservative MP David Davis, has submitted a series of amendments. These amendments would introduce a 28 day time limit on immigration detention in the UK, greater judicial oversight, and other protections for vulnerable people including survivors of torture and human trafficking.

Similar amendments attracted widespread support from all parties in the immigration bill that was brought before Parliament last year. The general election put that bill on hold and it never made it into law. In this new Parliament, there is now a real chance that a 28 day limit to immigration detention could become a long awaited reality.

Please help make this happen by contacting your MP and asking them to support these amendments to the Immigration Bill, using this letter tool from our partners at Detention Action. 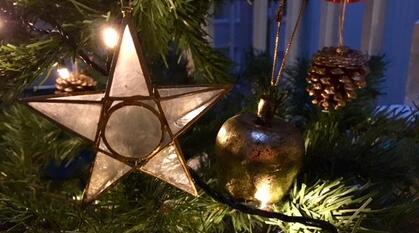 Times and seasons: A Quaker reflection on Christmas

Gill Sewell reflects on the Quaker tradition of not marking 'times and seasons' and finding the holy in the every day. 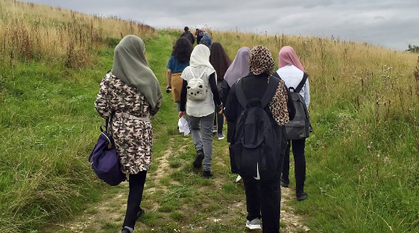