In recent weeks my mind has been occupied with thoughts of Syria. I have spent a lot of time reading the reactions of Syrian activists in the diaspora to the launch of airstrikes, and listening to what my Syrian friends thought, many of whom still have family living there. For those of us not directly impacted by the conflict, and who haven't experienced the unimaginable suffering and loss as a result, what can we do?

On 12 April Quakers in Britain made a statement opposing military action in Syria, reiterating the importance of working for peace and expressing concern about the sidelining of democratic processes. In the early hours of Saturday 14 April it was reported that airstrikes had been launched without parliamentary approval. Now Friends are asking what they can do in response. Here are six actions you can take:

You and/or your local meeting could write to or meet with your MP. As military action has already been taken, it may be better to send your letter by email so that it reaches your elected representative quicker. You could send your MP the full statement from Quakers in Britain and use the list of points in 'A guide to taking action on Syria'. Alternatively, you could use this Stop the War coalition model letter.

2. Engage in wider discussions about security

The conflict in Syria profoundly matters for our world because it affects international peace and stability. How can peace be more effectively promoted at home and abroad? Read and share the statement from Rethinking Security on UK military intervention in Syria. Take part in civic conversations about it and attend the national conference in June to explore new approaches to national security.

3. Take part in vigils and demonstrations

There have been nationwide protests in response to the launch of airstrikes in Syria. Find a demonstration near you at www.stopwar.org.uk.

Write to your local newspaper, tweet and blog. You could open up a discussion on Facebook or tell your local media that you have written to your elected representative or are planning a vigil. If you are approached by the media please contact Anne van Staveren on annev@quaker.org.uk.

Many Quaker meetings are Sanctuary Meetings that have welcomed and advocated on behalf of Syrian refugees. It's important to keep well-informed about the situation in order to take appropriate action. Here are some highly recommended articles and books to read about Syria:

6. Engage within your local meeting

Not everyone in your local meeting will be of the same mind about a suitable Quaker response. If your Quaker meeting is unsure about how to respond, you could read Advice for Friends in times of war (PDF) for guidance.

Read our guide to taking action on Syria (PDF)

Sahdya is the Peace and Disarmament Coordinator. Through her work she strives to help build a peaceful and just society and expand intersectionality within the peace movement. 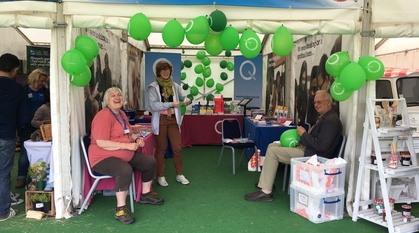 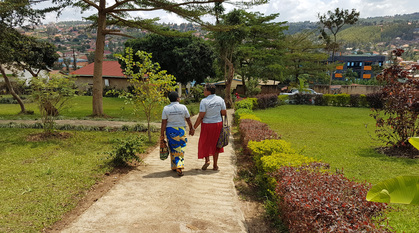 Turning the Tide: a year of nonviolent campaigning in East Africa

From campaigning against domestic violence to helping a village get connected with electricity, the Quaker-supported work of Turning the Tide has been making a big difference in East Africa. Tobias Wellner shares some highlights from the past year. 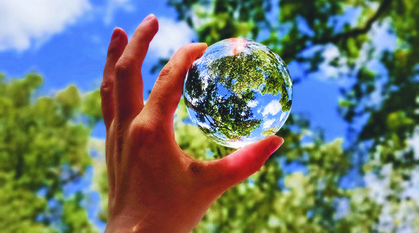 Taking action on climate – and beyond