MPs and Peers returned to Parliament last week with a busy autumn ahead of them. Key milestones will include the Budget, expected in October or November amid a major recession, and the end of the transition period, probably with no agreement in place.

Meanwhile, the climate crisis continues to intensify and Extinction Rebellion protestors are calling on Parliament to pass the new Climate and Ecological Emergency Bill.

As we take stock of the year so far and the months to come, it's hard not to feel overwhelmed. But there are glimmers of hope in the darkness. Over 4,000 mutual aid groups have sprung up across the country. Powerful campaigning by unions such as the London Renters Union and the National Education Union have helped to extend protection for renters from evictions and ensure school children received the grades their teachers believed they deserved.

We've also seen solidarity funds for precarious workers and within communities being created to re-imagine how we support and look after one another.

We can build on the work communities have been doing to look after one another and keep insisting on a green and just recovery. Up until now, the government's response to the pandemic has been an emergency response; now it needs to think long term. So far, there is little evidence of any real vision or willingness to engage with the scale of the challenge: government messaging principally consists of upbeat assertions that if we all just buy a few more sandwiches, everything will be fine.

As Covid-19 figures start to rise again, we must resist attempts to divide us by blaming individuals. We know from the various examples of community organising outlined above that we are stronger together.

In recent months, there has been a spate of inquiries and consultations looking at the post-Covid future, from the Business, Energy and Industrial Strategy Committee's inquiry into 'Post Pandemic Economic Growth' to the Reset inquiry run by the Parliamentary Group on the Green New Deal.

Staff have been responding to several of these inquiries on behalf of Britain Yearly Meeting. Drawing on our ongoing work on transforming the economy for climate justice, we have developed six key principles for a green and just recovery:

These have formed the basis of our responses, and are covered in more detail in this document: Six principles for a green and just UK recovery (PDF).

We hope these principles will also be of use to Friends and meetings working on 'Build Back Better' campaigns. Perhaps you might use them as the basis of a letter to your MP, asking them to raise these issues in advance of the Budget – and ideally requesting a meeting, so that your letter is the start of a dialogue.

Or you might like to discuss the principles in your local meeting, or use them as the starting point for a vision for how to build back better and respond to the climate crisis in your local area. They are intended to complement our Build Back Better briefing for Friends, which outlines key areas of our work and suggests ways to take action.

The Build Back Better campaign, which Quakers in Britain signed up to a few months ago, is planning its next actions to coincide with the Budget. Friends in North Wales, Cumbria and elsewhere have been getting involved in local Build Back Better organising, and we are developing an online training programme to support Friends' efforts through the autumn and winter.

Talk of a green and just recovery isn't just wishful thinking. Research organisations like IPPR and the New Economics Foundation have been working on economic analysis and producing policy recommendations.

There have been glimmers of hope, for example in the announcement of £3bn for energy efficiency improvements – but this is dwarfed by green recovery packages in France and Germany. Most of that £3bn is in the form of a voucher scheme for homeowners, which also highlights the government's ongoing reliance on voluntary action by individuals and businesses, and does nothing to support people in rented accommodation. Far greater structural changes are needed.

In the absence of government action, many local and regional authorities are publishing their own recovery plans, and some are actively seeking residents' views. Why not get together with other local faith or community groups and ask for a meeting with your district, borough or county council?

We must make it clear to our elected representatives that we know change is inevitable, we know better is possible, and we will support them to work for it – and will keep (constructively) badgering them until they do!

For guidance on contacting your MP, see our Build Back Better briefings or email Rebecca Woo at rebeccaw@quaker.org.uk. Please let us know if you receive a response from your MP or council. We'd also love to hear about any other Build Back Better work you are involved in. 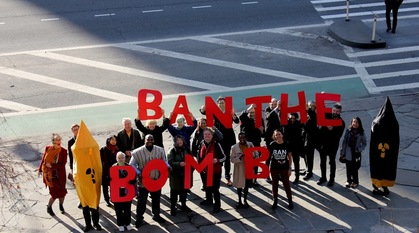 As the nuclear weapons ban wins international peace plaudits, Sahdya Darr reviews the UK government's position – and outlines how we can push for the change we need. 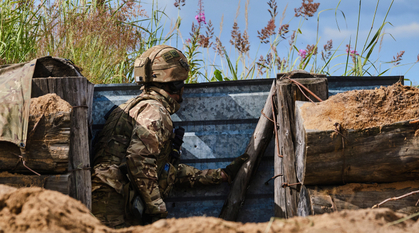 Ellis Brooks outlines the key Quaker concerns about the Armed Forces Bill, including under-18 recruitment and Armed Forces Covenants.

Racial injustice and the Policing Bill

Teresa Parker explains how the Police, Crime, Sentencing and Courts Bill will deepen racial inequality in the criminal justice system, and shares action you can take.