The Quakers in Britain team went to COP26 with hope but in the almost certain knowledge that it wouldn't deliver everything we wanted. We were part of a large movement of people and communities around the world calling for loss and damage finance – support for those hurt first and worst by the climate crisis. People and planet have been failed, again. But it is not the end.

Everything I'd been told about the COP turned out to be true. The official 'inside' felt totally disconnected from the outside. The 'UN-speak' was impenetrable. Observers were shut out – even in the first week, which I'm told has never been the case before.

Indigenous people spoke movingly of the impact of climate breakdown on their lives and of the knowledge they can bring to this struggle – and were mostly ignored by the nation states who are the parties at COP. And instead of delivering on their moral duty to financially support those at the sharp end of the climate crisis, rich countries who run the show blocked progress on this issue time and again.

Climate justice has not been served this time. But it is not the end.

The idea of 'the end' has a certain appeal: it means we can stop carrying this enormous weight of knowing we are the generation that can act to preserve a habitable Earth. It means we have played our cards and are simply waiting for the outcome. We've shouted and marched and danced and explained and petitioned and prayed: surely now it's over to the people in charge?

For years, many of us built our climate campaigning around informing people about climate science. Once governments really understood the gravity of the situation, we reasoned, surely they would take action?

If any vestiges of this belief remained, COP26 has swept them away.

After a year in which extreme weather struck Germany, Canada and the United States like never before – and impacts escalated in the countries already bearing the brunt – the response of the richest countries at COP26 has been to shrug their shoulders at the broken promise of $100bn a year in climate finance, and to continue to ignore developing countries' call for a loss and damage fund. All this sits alongside a failure to cut emissions fast enough or make serious progress on phasing out all fossil fuels.

The Intergovernmental Panel on Climate Change report in August led the UN Secretary-General to warn of 'code red for humanity'. This is a lack of moral leadership from countries who know exactly what we are facing. Instead of acting in a spirit of urgency and cooperation, they continue to look for loopholes that protect the fossil fuel industry and allow them to carry on polluting.

The question, then, is this: how do we work together to build a just future? This does not have to mean giving up on governments or multilateral institutions like the UN. It means building our power from the ground up, organising in every community to protect our basic rights, and creating spaces in which to dream the world we want.

There was an abundance of solidarity, vision and determination in Glasgow. The climate movement is increasingly united around calls for justice, including the demand for loss and damage finance. This was much more prominent than at previous COPs. This pressure – along with welcome pledges of a small amount of funds for loss and damage from Scotland, Wallonia and some philanthropic organisations – helped embolden the 'G77' group of countries, which represents four billion people, to table a proposal for a loss and damage finance facility. While this was defeated, it is a sign of how far this issue has come.

Faith communities organised a plethora of pilgrimages to Glasgow, mobilised in huge numbers for the day of action on 6 November, and held events exploring how faiths can contribute to climate justice (and many people thanked us for Quakers' role in this). The COP26 Coalition pulled off a stunning four-day People's Summit, along with daily movement assemblies. On the final Friday, indigenous peoples, farmers, youth, women's movements, trade unions, environmental NGOs and disability rights campaigners united for a People's Plenary, then marched through the official COP26 venue to join activists on the street outside.

Perhaps best of all was the solidarity on display between the climate justice movement and the striking Glasgow cleansing workers. After climate activists joined them on the picket lines, members of the GMB union supported the youth march, forming a guard around high-profile marchers to shield them from an aggressive media. This is the kind of solidarity we need to build everywhere to create a just transition.

A light in the darkness

Friends, if you have been part of the climate justice struggle these last months, I beg you to rest. Do something else for a little while. And please take heart from the extraordinary work we have done together. Carry its light with you in the darkness.

The COP26 outcome is a travesty of climate justice. It is an outrage. There is no sugar-coating this. But it is not the end. We come of age as activists when we understand there is no finish line – there is only us, loving and upholding one another, united, not defeated. 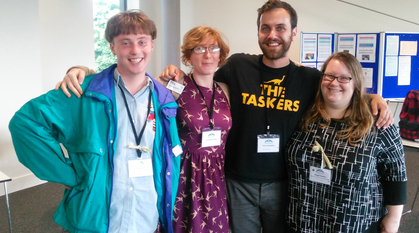 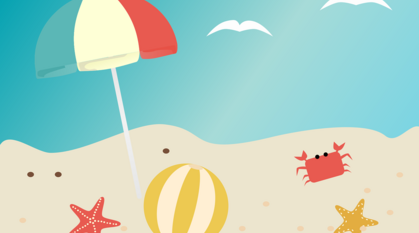 Now is the time to act on the Policing Bill