The Quaker Committee for Christian and Interfaith Relations (QCCIR) helps Quakers in Britain in their work with other religious faiths, spiritual and human values groups in pursuit of common goals. It does this by reflecting on Quaker insights and values, and by helping Friends enter imaginatively into the life and witness of other faith groups to create bonds of friendship and mutual understanding.

The committee considers issues and opportunities which may arise from Britain Yearly Meeting's involvement in ecumenical or interfaith work. It also works together with individuals, meetings, other churches and faith groups on ecumenical and interfaith issues.

For this is the true ground of love and unity, not that such a man walks and does just as I do, but because I feel the same Spirit and life in him...

QCCIR undertakes the following, it:


Interfaith and Ecumenical events that may be of interest are listed below.


There are lots of faith opportunities for you or your meeting to engage with:

Hope – the message of worldwide prayer

"Prayer is fundamental to this women-led, global, ecumenical movement – but so is action..." World Day of Prayer is 4 March 2022. 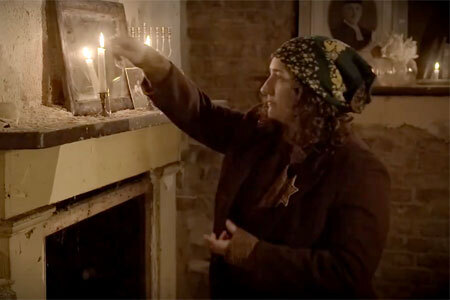 Kamilla wrote to her children before being sent to Auschwitz. Her daughter Lotte was rescued by Quakers in Glossop. Composer Benjamin Till wanted to share this musical setting of the letter with Quakers.

The role and responsibilities of Quaker Committee for Christian & Interfaith Relations are describe in more detail in Quaker faith & practice Chapter 9 (offsite link).

The QCCIR terms of reference may be found at the QCCIR QGroups web page (offsite link).