As Quakers, we are guided to create a more peaceful, equal, just, empathetic and loving world. As a result, Quakers have long seen the need for reform to the UK criminal justice system.

The current system, based on punishment and de-humanisation, rather than transformation, does not stop re-offending and does not create a peaceful society.

In the lead-up to the 12 December 2019 general election, tackling crime features prominently in all of the main parties' manifestos (Conservative, Green, Liberal Democrat, Labour, Plaid Cymru and Scottish National Party). When scanning the manifestos, some key words stand out:

But which party says what? And since each party promises that its plan will reduce crime and build a more peaceful society, what do they propose, and do their pledges reflect Quaker concerns?

All parties are promising an increase in the number of police officers, each with its own twist.

The Conservative Party promises that existing and new officers will be given more resources, such as Tasers and body cams. The Labour Party promises more training for police officers. Plaid Cymru and the Green Party specify a focus on community-based policing.

At the moment, there is a clear disproportionate targeting of BAME communities by the criminal justice system. The Labour Party, Plaid Cymru, Green Party, Liberal Democrat Part and SNP all acknowledge institutional biases against minorities and pledge to eliminate such biases.

The Conservatives make no specific statement regarding the institutional bias again BAME communities, but focus on its promise to 'protect people from physical attack or harassment'. Given their pledge to 'tackle unauthorised traveller camps' in order to 'protect our communities', there is room for doubt about what this means for travellers.

Prisons serve a necessary purpose for specific cases – to protect the public from those who have harmed and are at risk of harming again – but prisons alone are not the solution. The focus must be on treatment, rather than punishment. All parties promise changes to the prison system.

Prisons cannot simply be places were those who have harmed are forgotten and ignored. The UK prison system strips individuals of their humanity, which often leads to the perpetuation of violence. The Conservatives believe that punishment works, and they highlight tougher prison and community sentences. Other parties view punishment alongside the need for alternatives, such as restorative justice and a focus on 'harm-reduction'.

Those who are returning to everyday life after prison need to be supported. Lack of support leaves the individual vulnerable to violence, and then the cycle repeats itself. The Liberal Democrat Party, Labour Party and Green Party promise an increase in training, education and work opportunities to those in prison and continues support once released from prison.

How much will change?

More of the same will not bring transformative change. The criminal justice system as it stands is completely broken. The emphasis on punishment and dehumanisation fuels the circle of violence and crime. In order to nurture a more loving and caring society, radical approaches to crime are urgently needed.

There needs to be a greater focus on transformative justice for the harm that has already happened, and an intense focus on challenging the pre-existing conditions that lead to crime.

All parties claim to deliver a plan that delivers a peaceful world. For Quakers that means deciding which plan contains the most love, equality, empathy, humanity and hope.

Read analysis of other Quakers in Britain priorities for the election: 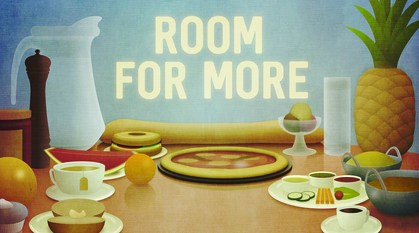 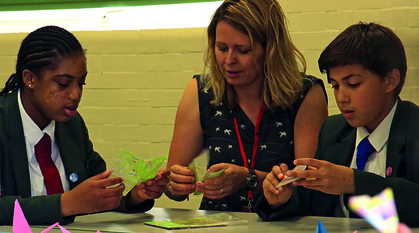 Ellis Brooks explains how a UK-wide youth project is marking the centenary of the end of WWI by offering children another perspective on war.